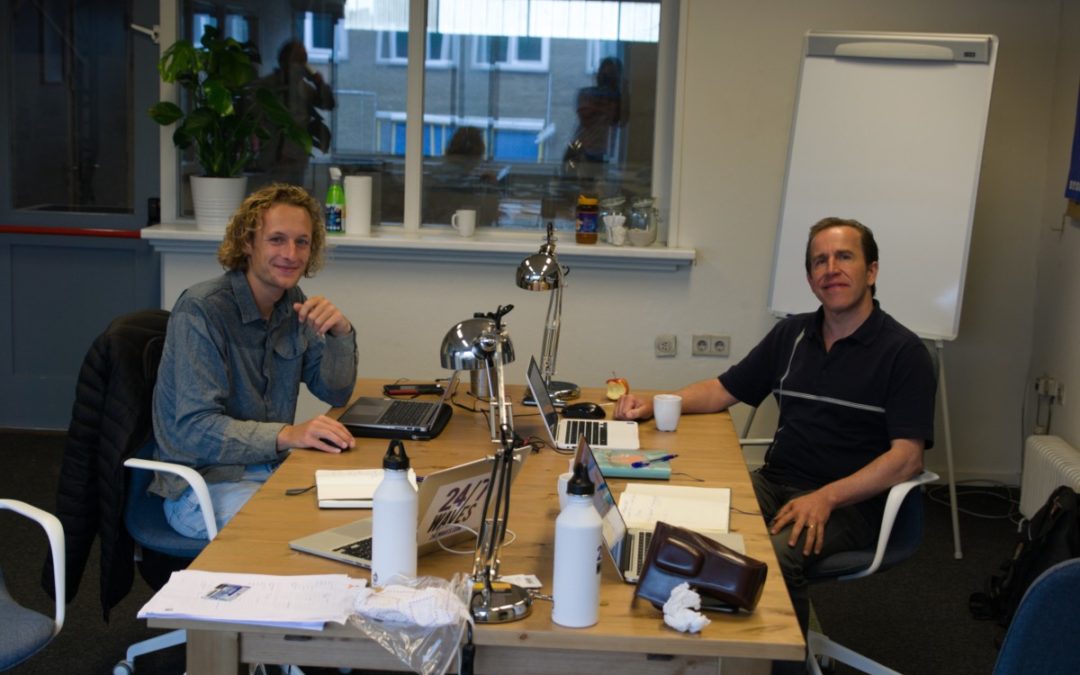 If there is one thing that people are curious about, than it’s the technology behind the SurfPoel. So we thought it would be time to introduce our ‘surfing professor’, engineer Steven Schmied.

For more than 10 years, Steven has been researching the best possible way to create an artificial, surfable wave. Through the generous support of the University of Tasmania (UTAS), Australian Maritime College (AMC) and Delft University of Technology (TU Delft), he was able to combine his research and further develop it in to what now will be the technology behind the 24/7Waves, SurfPoel. This invention uses specialized ship hulls to generate large smooth waves in the first indoor surfing wave pool. Further, by using shipping containers and a timber beach, the pool is the only wave pool that requires no digging and is fully transportable.

But why conduct the research at both TU Delft and UTAS? In a word, serendipity. In 2006 -2007 Steven had supervised the first two masters students at Delft University of Technology (TU Delft) in the Netherlands, who conducted the initial computer modeling and scale model testing. From their results, Steven identified that there was enough research remaining to conduct a doctorate as making large, clean breaking waves in a narrow channel turned out to be very difficult.

By early 2008, Steven was still struggling to find a supervisor. Then by chance, the AMC training ship, the Blue Fin, sailed passed Steven’s parents house on the Victoria Surf Coast, and he thought “AMC, surely they may know about ship waves?!” They did and after a memorable trip to Launceston, Steven had found four very supportive UTAS supervisors. The positive flow continued when the very next day, TU Delft also agreed to supervise Steven’s doctorate, creating a opportunity for a conjoint double degree! In the time that followed, computer modeling and scale model testing has been conducted, resulting in a cost effective wave pool design.

A highlight of Steven’s research was when he was conducting 1/10 scale model testing of the pool in the AMC model test basin. He had managed to make beautifully clean waves, but they were not breaking with the hollow ‘barrel’ shape that surfers so desire. As a true engineer looking for a solution to his problem, Steven laid awake, thinking about the wave breaking equations. Sometimes getting up and just getting back to work is the best way to find a solution, and so, Steven was down in the test basin at 5 a.m. on a sunday morning, reshaping the island to his new design. The joy then came at 7 a.m. when he turned on hull drive system and produced perfect barrelling waves!